In the spring of 2013, after hearing how good Friends (the TV series) is for countless times and from a great number of people, I decided to start watching it. It turned out to be one of the best decisions I have made, ever. I ended up spending the whole following year on its 10 seasons and 236 episodes, which gave me a lot of joys, and left me some greatest memories. 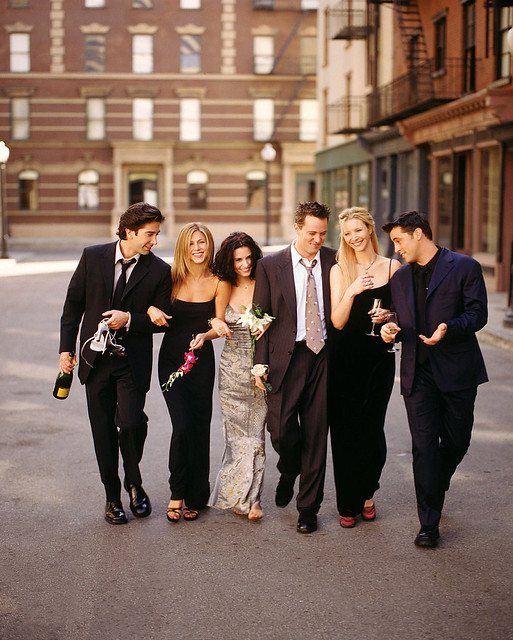 Afterwards, I spent another year on Friends, except this time, only on the first season. You read it right, I literally spent one year on just 24 episodes!

But I'm not just watching them, instead, I use Friends as a way to learn English.

Does it work? Well, I don't have any yardstick against my English ability, but after doing it, my gut feeling says I have improved a lot. Comparing this and the article I wrote two years ago, for example, now I use more clauses, conjunctions and better vocabularies.

This is how I do it.

The most important thing is keep doing it.

Some friends know what I'm doing and they recommend some other TV shows, like Community, Seinfeld, and The Big Bang Theory. I tried most of them. For example, I watched the first few episodes of Community without subtitles. But frankly, I found they are simply too hard for me. To myself, and probably most (if not all) of the English learners I personally know, learning trendy vocabularies from the latest TV shows is not the priority, learning daily conversational English to improve fluency is. That's why I like Friends.

It took me some time to decide if I should write this in English or Chinese.

I thought about Chinese in the beginning, as I write this to share my experience, and using Chinese, the language I and most of my blog readers speak, would clearly make my sharing clear and specific.

But then I figured, at the end of the day, it's about learning English, and there is no better way to improve than using it as much as possible. And more importantly, the way I use is mostly for intermediate or advanced English speakers, who'd get it anyway. So, English it is.

I'll be there for you.